.... The unmistakable point is that the task at the company is surely not about reviving brand Satyam but about branding its businesses anew. They aren't merely different perceptions but divergent approaches which define the difference between realizing almost nothing and realizing a lot of it.

What is the value of the brand Satyam today? Is it any more than what it was on the day after the chairman gave up? What was it the day before? Do factor out the huge but rapidly dwindling value of its business as you think of it. I believe it was some thousands of millions before it was all consumed in a moment with a truth that proved the name false. And, I don't believe any value was built into it after that. That is easy to say. Loading value into Satyam isn't simply feasible. In fact, the brand can only harshly harm the 'operation – save'.

Can the brand Satyam be resurrected? The answer is in another question! Can a dead man be woken-up?? The chairman's confession shot Satyam - the brand, off all values and also off any chance of revival. Brands thrive or perish by the perceptions of people which are formed out of a set of strong attributes. While positive attributes that build-up the brand equity are hard to create and call for perpetual reinforcement, negative ones stick fast and hard. A highly adverse one, the Satyam-kind, can wipe out even huge values and make the name useless - in fact, harmful.

A brand essentially rises on the strength and character of who owns and runs it. More so a b2b services brand. But the very attribute becomes a huge risk as the brand grows beyond a certain size unless it is deliberately re-branded, in time, to let it evolve on its own in a way that transparency and professionalism becomes a compulsion for the owners who drive the business - - and not left to chance relying on their character. The risk isn't only about the owners turning greedy and reckless, putting on-the-edge a vast set of stakeholders, particularly the threat of unsettling town-loads of staff and also de-branding the whole industry and even the nation - however slightly. Very large but closely held companies can easily loose brand character and thus surcharge the risk on all counts and for all. Such companies also hit a vacuum and some real risk when the next and never really competent generation takes charge. Mandatory dilution of ownership in very large companies may sound stupid as a solution but can prove to be effective and even valid considering the havoc owners, by their misdeeds, can bring to bear on the vast set of stakeholders. Satyam is a typical case of mismanagement which has come to light owing to the size and kind of business it is in. It does represent the kind of fraud quite possibly rampant but ignored or undetected in many a small companies that are public limited.

When a brand dies its businesses start evaporating - and in a hurry. It is slowed only by the constraints of the customers in finding an alternative. Satyam's businesses can't vanish in a hurry owing to the complexities its customers face in switching over to another source but it can all be gone almost together - soon unless the businesses are bottled skillfully and quickly. With the time ticking faster, Satyam is clearly on the edge for all with a stake and also for those wanting it.

Is the ruined name killing the efforts of the caretaker board at Satyam? Is it misdirecting the board? I am sure, it is. 'Find a savior before it's all gone' - appears as the task as perceived by all, including those vying to be saviors. The very thought is a sharp chopper. Brand-less, true, but an enterprise with over a bn in revenue, with an impressive clientele and with scope to grow multi-fold ought to get lots of bucks, calling the sucked-up share prices – just that. Take this; after the fall, the guys in the front have struck 15 new deals worth $250mn. Baffling indeed! To know what makes that happen is vital to know what it takes to get a stake in the company. In putting a tag on the future potential of an enterprise, it is critical to create the right perceptions. The suitors for the deal emerge in tune with the signals the seller sends out. I think the very perception of the board on its own task has sort of put the cap on the deal to be. I believe, the narrow objectives; of saving an enterprise, safeguarding shareholders' money, saving the jobs of employees - all would be accomplished for sure and with a big measure if the task was explicitly defined as; branding the enterprise (business) to fetch its worth – to the last pie.

Yes, it's the tarnished brand that's arguably driving the works not exactly in the right direction. Satyam, today, relays to mean; untrue, dubious, precarious and therefore cheap to grab – wholesome or in bits. That perception needs to be changed and can be changed in just one shot - - to change the way everyone; customers, staff, investors and the public look at it. The task is to find a new brand name to bottle all its businesses and to shore-up its full worth. With the business in hand branding happens to be only a task to be executed with tact and conviction. In getting the new name to emit highly positive signals the first act should be to convincingly detach it from the defunct company and to set it to float on its own with a CEO, CFO and other top management positions for whom Satyam and its aberrations are all forgotten. That puts the company's businesses firmly in place and provides an opportunity to augment the brand value rapidly, duly leveraging on latent strengths of its people, products and processes. With the businesses, competence and capacities in place the task is essentially about branding it smartly towards opening up the avenues to fix the targets up and steep. It calls for aggressive communication methods across segments. The unmistakable point is that the task at the company is surely not about reviving brand Satyam but about branding its businesses anew. They aren't merely different perceptions but divergent approaches which define the difference between realizing almost nothing and realizing a lot of it.

That approach of 'branding the business' ought to push the share price progressively. That will provide the staff a great sense of comfort and pride. That, and only that, will make its customers happily halt the detach plan. That can fetch the company a lot of time to think afresh and would avert the imminent distress sale apparently articulated by some of the forceful prospective buyers some of whom may not really have the potential to sustain and grow Satyam's businesses. That would bring-in interim but mighty investors who would consider the new brand a golden opportunity - not just for the money but also for the pride in partnering a first of its kind effort. That's risk free for a company that's got cash and strategic thinkers. Investors of the stature of LIC can also hope to perk-up their own brand in addition to the capital gain. And, that will bring-in a new set of large groups wanting to own the control at a price that's worth it for all.

And, that approach if at all adopted, leaves the Co. with only its messy accounts and investigators who can all shift out with the papers and work it out to the end. 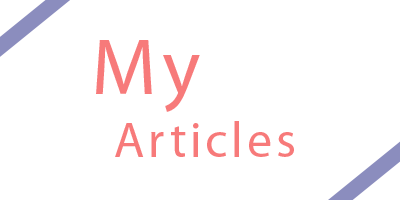 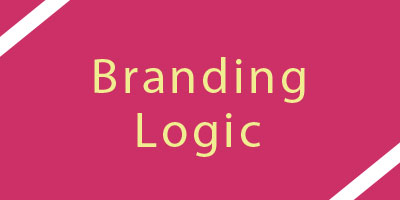